Find out which Paris hotels are best and learn where to find them.

Take a look at Paris' top rated and most preferred hotels. 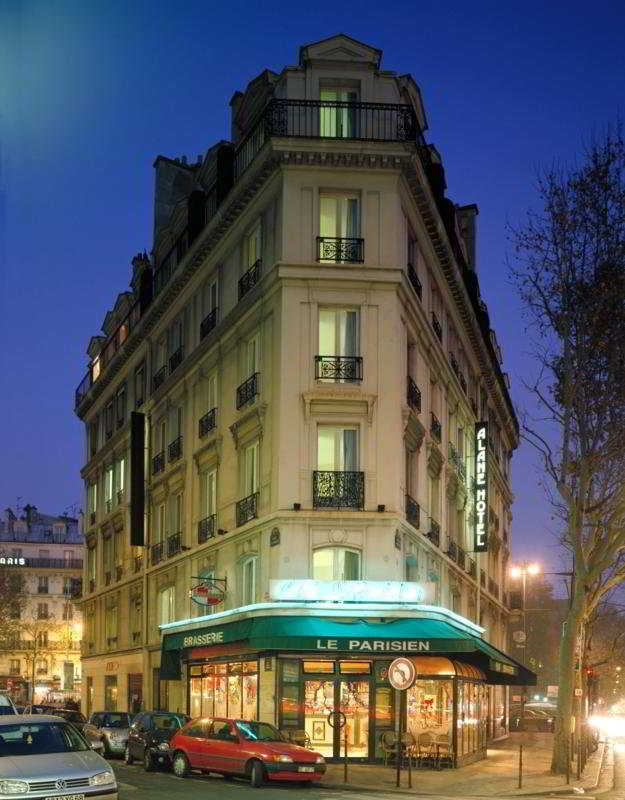 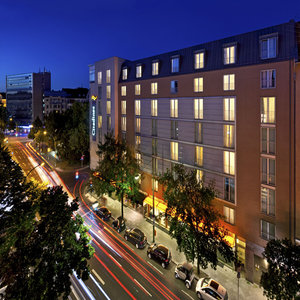 Few places in the world are as romantic as Paris, France. Known as a dream destination for many across the world, the “City of Lights” is a global leader in the most cutting-edge fashion, art and cuisine. The city is fraught with historic landmarks and fine art museums like the Louvre and the Musée d’Orsay, demonstrating its citizen’s appreciation for the arts. Paris hotels include luxury ones befitting its romantic reputation and cheaper, more affordable apartment or bed and breakfast-style options. You’ll find many accommodations in Rue Cler, a popular tourist neighborhood.

Conquered by Caesar in 51 BC, Paris was originally called Lutetia Parisiorum. Power moved to the Franks after the fall of the Roman empire, establishing the French kingdom. An important moment in Parisian history was the storming of the Bastille, a fortress-turned-prison. The people’s revolt marked the beginning of the French Revolution, which led to the French democratic society we know today. The anniversary of the storming of the Bastille, known as Bastille Day, is France’s major national holiday, and is a great time to visit the city!

Where to Stay in Paris

Paris might seem like an expensive city, and while there are many pricey Paris hotels you’re on a tight budget or ready to splurge on luxury hotels, there are many options when it comes to Paris hostels, Paris apartments and affordable Paris hotels. The cheapest Paris hotels can run as low as €24 per night. 5 star hotels in Paris, meanwhile, are anywhere from €194 to more than €400 per night. If you’re open to Paris hostels or Paris apartments, you can find some great deals.

Rue Cler is a popular neighborhood for Paris apartments and Paris hotels. It gets its name from a pedestrian street lined with shops and restaurants, giving it a jovial and lively atmosphere. It’s pretty central (not far from the Eiffel Tower) without being too busy. Hotel Cler is among the best hotels in Paris for the area, and is reasonably priced. Hotel de Varenne is another one of the cheap hotels in Paris near the Eiffel, close to a handful of Metro stations and situated in a quiet neighborhood.

Among the best hotels in Paris is Hotel Regent’s Garden. This luxury hotel has a palatial façade and is exquisite in design, but offers competitive rates online. But for more exclusive Paris hotels, visit Le Meurice by the Louvre. Salvador Dali is among the guests who have stayed here. Ritz Paris is among the Paris hotels that will treat you like royalty amidst a backdrop of period décor.

Popular and fashionable boutique Paris hotels include Le Roch Hotel & Spa and Hotel Le Belle Juliette. These two are polar opposites in style: the first is relaxed and moody in its meditative atmosphere, while the latter features eye-popping color and a gaudy but antiqued look.

Backpackers or those on the most stringent budget will want to look into Paris hostels Le Village Hostel or Le Regent Montmarte. The former is priced at the cheapest price you’ll find available for Paris hotels—but unlike other Paris hostels, this one is very well-rated. Its location is great for the cost, just steps away from Montmarte. Le Regent Monstmarte, meanwhile, is another one of the cheapest but highest-rated Paris hostels, close to city nightlife and the Metro. If you’re desperate for cheap hotels in Paris, consider these Paris apartments and Paris hostels.

The Most Important Parisian Sights

Paris is known for its many striking landmarks, from the Eiffel Tower to the Arc de Triomphe, Moulin Rouge and more. In fact, sizeable chunk of the city is preserved as a World Heritage Site. These iconic, historical landmarks draw tourists every year. Notable examples of historic city architecture include the beautiful Notre Dame de Paris and the Panthéon.

The river Seine is a popular tourist attraction: one can enjoy a sightseeing cruise on its waters or, in the summertime, sunbathe on its manmade shores. Lunch and dinner cruises are available, transforming the river into a beautiful setting for a romantic dinner for two—or an enchanting excursion for the family!

By far one of the most famous Paris attractions is the Louvre. This art museum houses they world’s largest collection, and is home to famous masterpieces like the Mona Lisa. Musée d'Orsay is another notable art museum located just along the Seine. It houses French art across all media—photos, sculpture, paintings and more—typically from the late 19th to early 20th centuries. As a further testament to the city’s artistic heritage, it features the world’s oldest bookshop, Shakespeare and Co.

Finally, the young and the young at heart will want to make the trek to Disneyland Paris, where they can meet their favorite Disney characters and experience thrilling rides. Adventurous travelers will have a thrilling time exploring the Catacombs of Paris, where millions of bodies over Parisian history are entombed.

Paris is well-known for its exquisite cuisine and contributions to the culinary arts. One can’t leave without trying some of its delicacies, especially the city’s seafood: oysters, snails and moules frites. French lamb is another regional delicacy, as is veal.

The city is also famous for its café and patisserie culture. French pastry culture developed from a custom of serving sweets and fruits after a meal; the word “dessert” comes from the French “desservir,” or “to clear the table.” Over time, this custom has developed into a rich and decadent culture of delicious cakes and beautifully artistic confectionaries. There’s no better companion to these delightful cookies and cakes than coffee. Some of the city’s best patisseries are Pierre Hermé, Carl Marletti and Blé Sucré.

The 11th arrondissement is regarded as the best neighborhood for foodies. It features a healthy mix of tried-and-true favorites as well as brand new bars and restaurants. Stop by Le Chateubriand or La Cave de Septime for some of the best the area has to offer, then wash it down with a glass of fine wine from La Buvette.

Home to the biggest names in fashion—Chanel, Yves Saint-Laurent, Clarins, to name just a few—Paris is a mecca for shopaholics. Explore the 8th arrondissement for the most luxurious fashion houses, or skip down Canal St-Martin with boutique wares in tow. The Marché aux Puces de St-Ouen flea market is where you can find secondhand and unique treasures, perfect for souvenir hunting or browsing.

The Champs Elysees is among the most impressive shopping districts in the world, stretching almost two kilometers and lined with shops, cafes and restaurants. You’ll even spot some landmarks in between window  shopping, like the Arc de Triomphe. You can spend an entire day shopping the avenue, and if it rains, no problem—just duck into an indoor mall.

Have you ever wanted to live the movie Moulin Rouge? Visit the real place or any of the city’s other cabaret and burlesque shows for dinner and a titillating show. The city also has a growing gambling industry, so if you feel lucky, try your hand at a casino. Strolling through the City of Lights at night, you’re bound to run into bars open late into the night—the 4th arrondissement especially is known as a hotbed for nightlife.

David Lynch fans will need to visit Silencio, the director’s strange and labyrinthine club. While it’s highly exclusive and members-only before midnight, it’s open to the public late at night. Candelaria is a unique speakeasy-style bar; walk through its fast food façade and you’ll be magically transported to a beautiful cocktail bar that’s easy to miss.

It should be no surprise that a city as romantic as Paris should know how to celebrate the arts. Two of the city’s biggest festivals pay tribute to national and international artists: the FIAC International Art Fair in the fall and the Art Paris Art Fair in spring. Both feature exhibitions, performances and talks, providing a comprehensive understanding of contemporary art and the avant-garde.

The Paris International Festival of Psychedelic Music treats visitors to innovative and forward-thinking music, featuring past acts like the Dandy Warhols, Fai Baba and the KVB. Those who party hard to EDM and house music must see the Peacock Society Festival, which promises to heat up the winter with a killer lineup of internationally renowned DJ’s.