There’s so much to see and do in Amsterdam.

Take a look at Amsterdam's top rated and most preferred hotels. 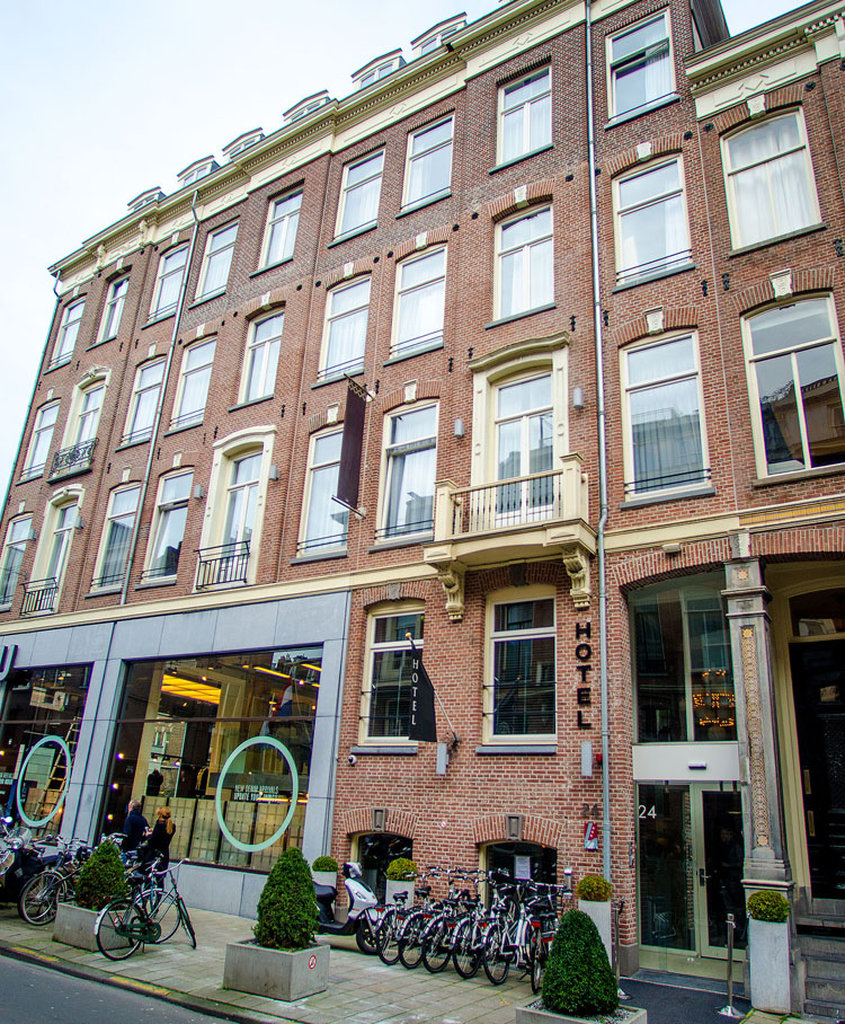 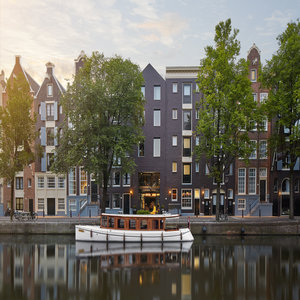 With over 7 million travelers each year, Amsterdam is among the most popular destinations in all of Europe. There’s something for everyone here: whether you want to party all night or relax along the city’s many romantically lit canals, Amsterdam has a quaint, old-time charm that few cities can compete with. Amsterdam hotels are relatively affordable compared to many other favored destinations, making it a great place to spend a holiday.

Amsterdam began as a fishing village in the late 12th century. 500 years later, the city established itself as a major trade center, giving birth to the world’s first stock exchange. Following this success, the city expanded outwards and is now known as a progressive, non-conformist mecca. Visitors are attracted to the city’s cultural heritage, lax policies on cannabis consumption, attractive medieval architecture and affordable hotels in Amsterdam.

Where to Stay in Amsterdam

Amsterdam hotels aren’t too pricey; you can easily find great cheap hotels at under €80 a night. More expensive, 5 star hotels in Amsterdam are not cheap. That said, they run in a wide price range and may cost anywhere between €150-€400—so you might be able to find a more affordable option. Smaller luxury hotels and budget hotels in Amsterdam are a bit more affordable, typically running between €80 to €150. With a wide range of price points, there’s no question that you can easily find the perfect stay for Amsterdam holidays.

For a bed and breakfast in Amsterdam, try the Mauro Mansion. It’s small, but provides unparalleled service. Misc Eatdrinksleep is another bed and breakfast in Amsterdam that’s close to the Red-Light District and central train station. Some might consider these to be among the best hotels in Amsterdam for being unfussy and friendly—and cheap. The catch is that neither location has an elevator, so they may not be great choices for those who need one.

The Most Important Places to See on Amsterdam

Amsterdam offers a variety of attractions, from tours to shops to famous museums. An essential stop on your stay is the Anne Frank House, an unfussy museum that tells the young diarist’s moving story of life during the Holocaust. Visitors are able to explore the annex where she and her family lived and take an audio tour explaining this important story.

Known as the “Venice of the North,” Amsterdam is crossed by many water canals that add a breathtaking atmosphere to the city. One must stroll through the Jordaan, a quaint and Bohemian district of the city, and marvel at the boats lining the canals. If you’re feeling adventurous, you can even take a boat tour through the city!

If you love beer, take a break from Amsterdam’s many bars and try the Heineken Experience. This tour takes you through the Heineken brewery, where you can taste the beer while watching how it’s made. The tour gives the history of the company, which is well-known around the world.

One of the city’s most famous spots is Dam Square. This public square is host to many public events, and is where you’ll find the Royal Palace and many other beautiful buildings. It’s also close to shopping streets, restaurants and cafes. A popular place to celebrate Amsterdam holidays, Dam Square is the site for the traditional Christmas tree each year.

There’s plenty to do year-round in Amsterdam. No matter what season you visit, there’s certain to be something worth seeing. Visit in April to celebrate Queen’s Day, by far the favorite holiday of the Dutch. Queen’s Day is as festive as Mardis Gras or New Year’s Eve, with over two million attendees celebrating in the streets and wearing orange to commemorate the day.

Early summer in Amsterdam is when you’ll find some of the city’s biggest music festivals, Roots Festival and Open Garden Days. The former is a music and arts festival celebrating diversity, aiming to build a global society through music and dance. Open Garden Days, meanwhile, invites attendees to view remarkable private gardens that otherwise are closed from public view.

If you visit in late autumn or early winter, you can enjoy Amsterdam bedecked in spectacular Christmas and holiday displays and Amsterdam Christmas market. The Winterparade is a seasonal event comprising dining, theatre and musical performance that festive foodies won’t want to miss. You can find an Amsterdam Christmas market all throughout the city, including places like Museumplein, Dam Square and Leidseplein.

What better way to experience the city than through a tour with a local? Explore the city’s extensive canals on a romantic boat tour. Many boat tours offer food and drinks, so you can enjoy a meal with friends and family while slowly taking in the city sights. Amsterdam hotels may recommend the best local tours for you.

The fun isn’t just in the city. Take a daytrip to the countryside by touring the flower fields at Kuekenhof, the world’s largest garden of flowers. This tour takes you amongst the millions of flowers growing in the most photographed location in the entire world. Windmill tours are also popular, taking visitors to the neighboring villages of Volendam and Marken. Come around springtime Amsterdam holidays like Queen’s Day to view the region in its flowery splendor.

Fancy more flowers? Visit the Amsterdram Flower Market, set up on houseboats of the Singel, which has been in operation since 1862. The market sells bouquets, bulbs and single flowers. If visiting around Christmas time, you’ll find small trees as well. This is just one of the many markets in Amsterdam; the city is peppered with markets and bazaars all throughout. From Noordmarkt in Jordaan to Waterlooplein, there’s many open-air market streets to find unique antiques, vintage clothing and other treasures.

It’s only natural that you’ll run into more than a few historical landmarks when exploring a medieval city like Amsterdam. One place you’ll undoubtedly visit is Central Station, the Netherlands’ primary transportation hub. The station isn’t just known for getting people where they need to go; it’s an extraordinary example of 19th century architecture and attraction in its own right. This site is close to budget hotels in Amsterdam and luxury hotels alike.

A visit to Museum Whillet-Holthuysen is like a journey back in time. This beautiful 17th century mansion houses priceless art and a svelte interior, with gorgeous gardens to explore. The museum provides an amazing look at life in the past for the wealthy. The Old Stock Exchange is another valuable historical site, as it’s the first stock exchange in the world—laying down the groundwork for capitalism as we know it today. There’s no better way to learn about the city than a visit to Rijksmuseum, a Dutch national museum that’s entirely dedicated to the city’s arts and history with over 8,000 objects on display. Also notable is the Van Gogh Museum, which is focused on the famous artist’s works as well as those of his local contemporaries. It’s the second-most visited museum in the country and features the largest collection of Van Gogh’s works.

For something more glamorous, stop at Tuschinski. This historic theatre is an exquisite demonstration of Art Deco design. And it’s not just for gawking at; the theatre is still in operation, so catch a movie or two while you are there!

No matter your favorite style of art or favorite genre of music, you can find like-minded people to meet with at a festival. Winter Nights on the Amstel is one of the biggest events of the season, featuring Russian chamber music at the Hermitage Museum. Visitors are encouraged to view the museum’s exhibits between performances.
Prefer more modern music? Each year, the biggest names in the EDM scene descend upon the city for AMF Amsterdam. Listen to thrilling sets from world renowned artists and dance with tens of thousands of other fans in the city’s biggest arena!

Art lovers will need to visit the Amsterdam International Art Fair, a free festival with over 3,000 pieces on display. If you’re looking to buy art that’s a bit more within budget, check out the autumnal Affordable Art Fair, a shopping extravaganza with pieces ranging in price from €100 – €6,000.

There are many parks in Amsterdam, but the most popular is Vondelpark in the city’s south side. It’s spacious and pleasant, and is a favorite spot for locals in the summertime. Many enjoy having a picnic or drink while taking in its atmosphere. If you enjoy nature, be sure to stay at Amsterdam hotels surrounding the area. To view exotic and unique plants, check out Horcus Botanicus in Plantage, Amsterdam’s leafy district known for its abundant green space. Nature lovers will seek out luxury hotels in this beautiful neighborhood.

Want to meet a furry friend? Children will love a visit to the Artis Zoo, which also functions as an enchanting garden space. It’s located in the city centre, so it’s easy to enjoy a touch of nature surrounded by the urban sprawl.

Have a taste of Amsterdam by trying the city’s specialties. Drop by a street market or specialty cheese shop and taste the local goat, sheep or cumin cheeses. Find one that pairs well with ossenwurst, a sausage that originated in the city. If you’re feeling thirsty, stop by local breweries like De Bekeerde Suster for a drink. There’s no shortage of pubs and bars to relax in day or night. With dining options both casual and formal, you can find the best place to break bread over Amsterdam holidays or just a lazy day.

The city’s Haarlemmer neighborhood is saturated with restaurants of all types of cuisine. Bruxelles is among the best places to find cheap Dutch food in the area, while nearby Restaurant Fris offers local and continental dishes in a fine dining atmosphere. If you’re a foodie, stay at one of the luxury hotels nearby.

Amsterdam’s primary shopping area are the “Nine Streets,” a collection of narrow avenues located in the canal district that are home to hip boutique shops, cozy cafes, vintage shops and even art galleries. This is where you’ll find a rotation of unique goods and gifts; one can spend an entire day wandering the Nine Streets. In the Jordaan, these shops are close to many boutique Amsterdam hotels and luxury hotels. If you’re looking for the hottest designer fashion, explore the museum district. This is where global retailers like Dior, Louis Vuitton and Chanel set up shop. A stroll through the various shopping centers is a great way to pick out gifts for Amsterdam holidays.

There’s quite a few street markets in the city, which typically offer food but carry home goods and clothing as well. Ten Katemarkt is open Mondays through Saturday during the day with a variety of unique and affordable wares.

If there’s one thing Amsterdam is known for across the world, it’s the city’s Red Lights District. This is district is in fact the oldest section of the city, and while it’s crowded with revelers and vices, rest assured that it has a heavy police presence to ensure people’s safety.

If music venues are more your scene, stop by one of Amsterdam’s many clubs. Sugarfactory is well-known by locals for hot DJ sets, live music and even theatre. It’s a great spot for envelope-pushing performances from up-and-coming as well as established artists. Also popular is Bitterzoet, a venue that doesn’t confine itself to a specific scene or genre. The stage is home to rock, hip hop and pop artists and is close to Central Station. There’s no better way to enjoy Amsterdam holidays than to rock out with the locals!